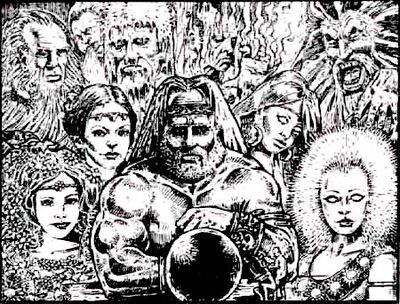 Theologians refer to three main chambers within the Celestial Court:

outside of the above is the greater Celestial Court itself, home to all other gods. There is of course one other, darker collection of deities who for the most part are held in the void and these gods are known as:

Outside of the Celestial Court are thought to exist the Primal Deities.

The most prominent denizens of the heavenly planes are shown below: 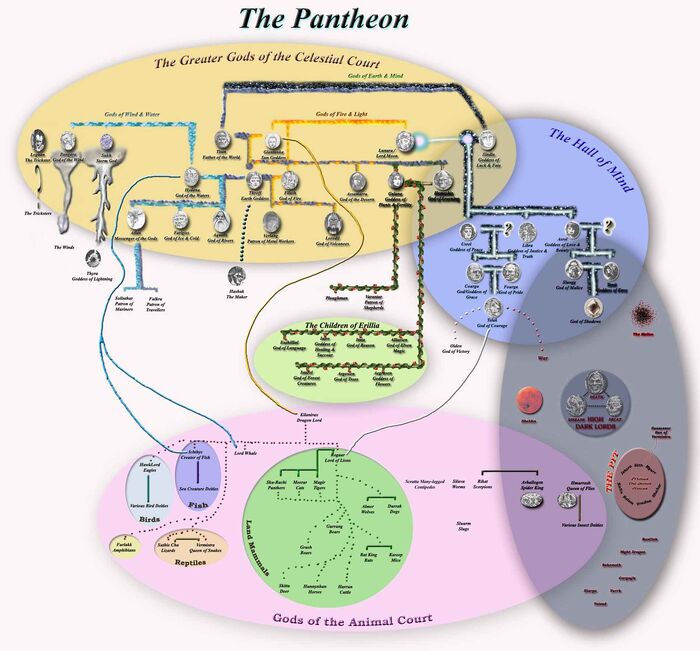 Retrieved from "https://fightingfantasy.fandom.com/wiki/Celestial_Court?oldid=84160"
Community content is available under CC-BY-SA unless otherwise noted.